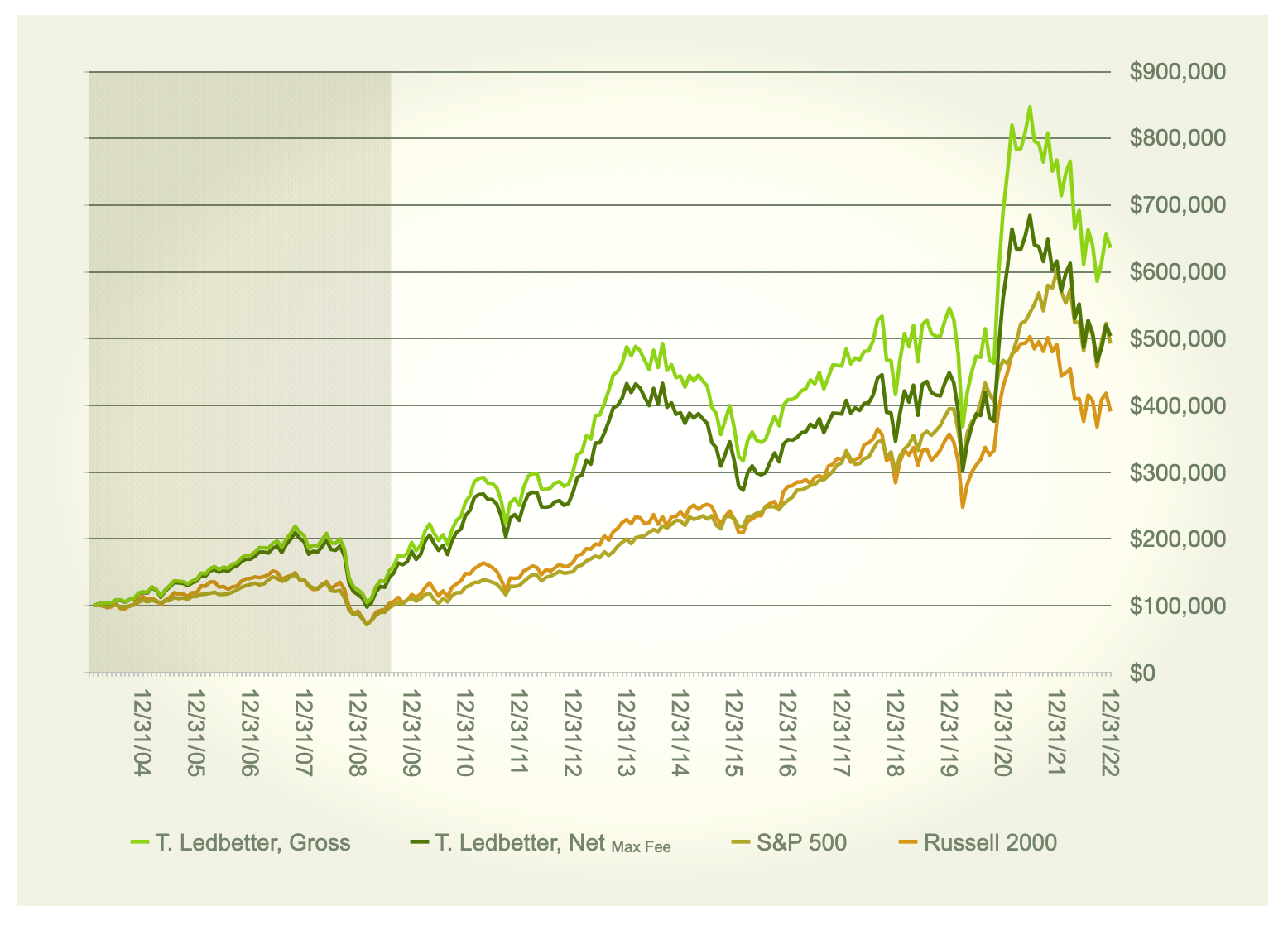 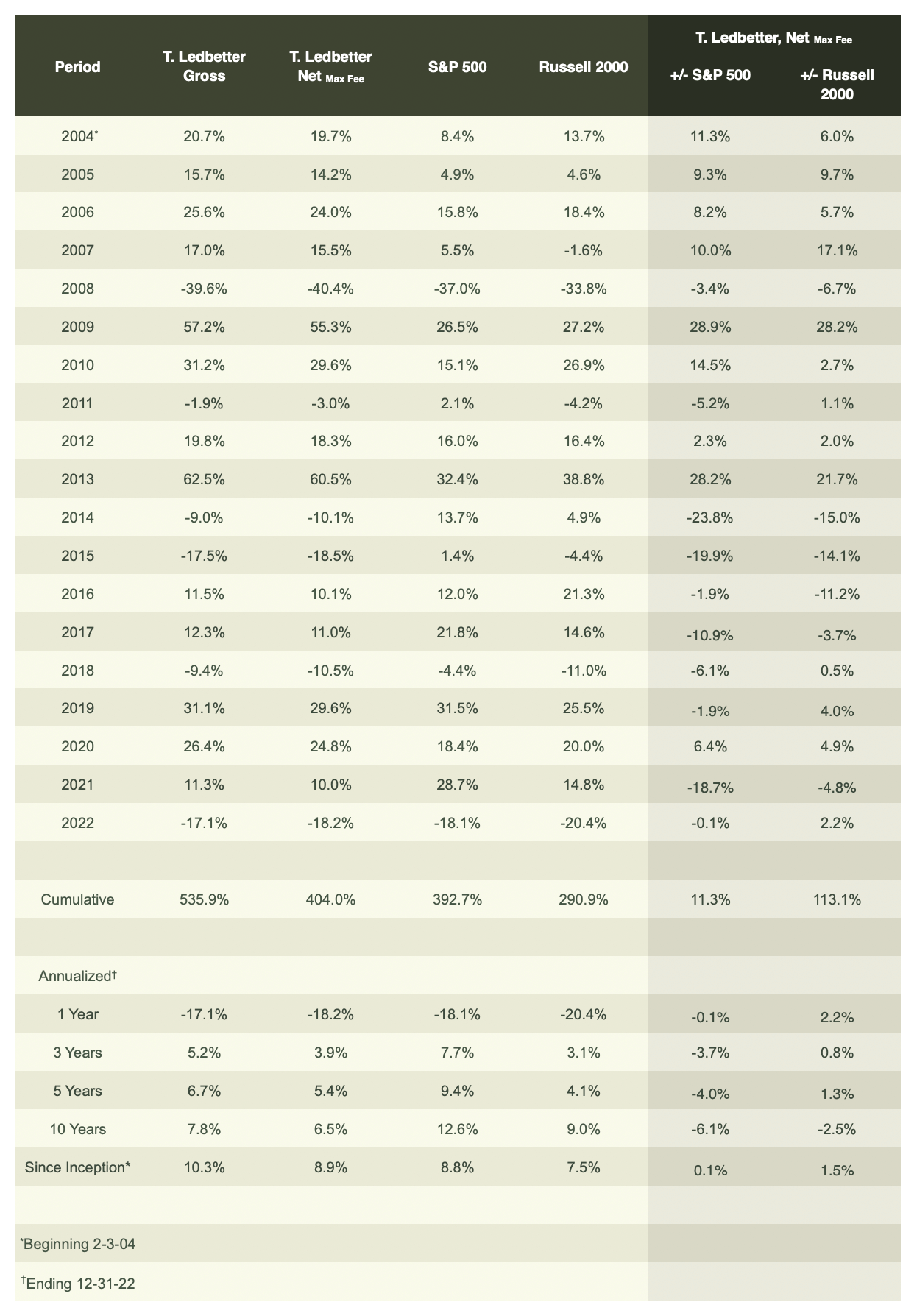 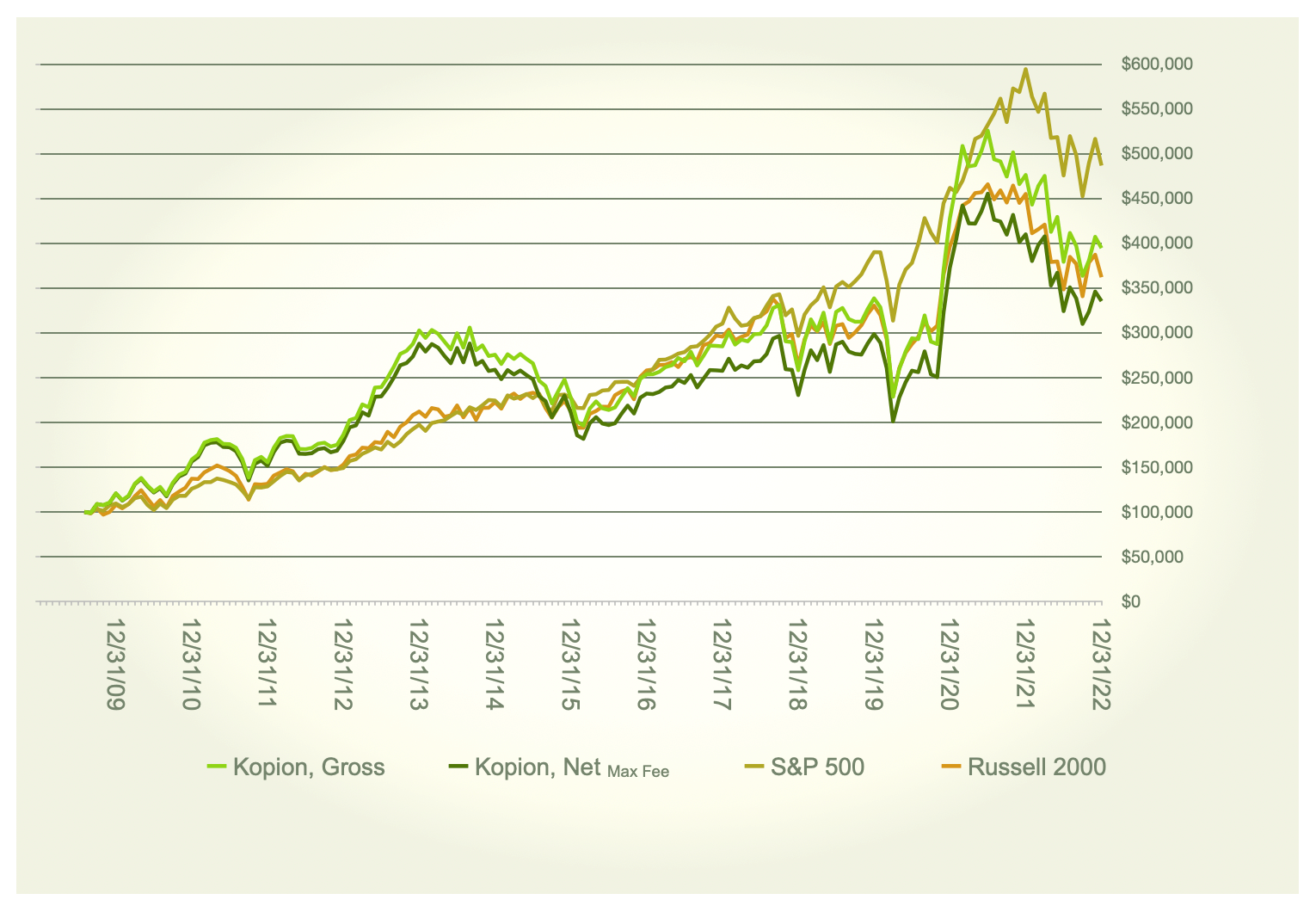 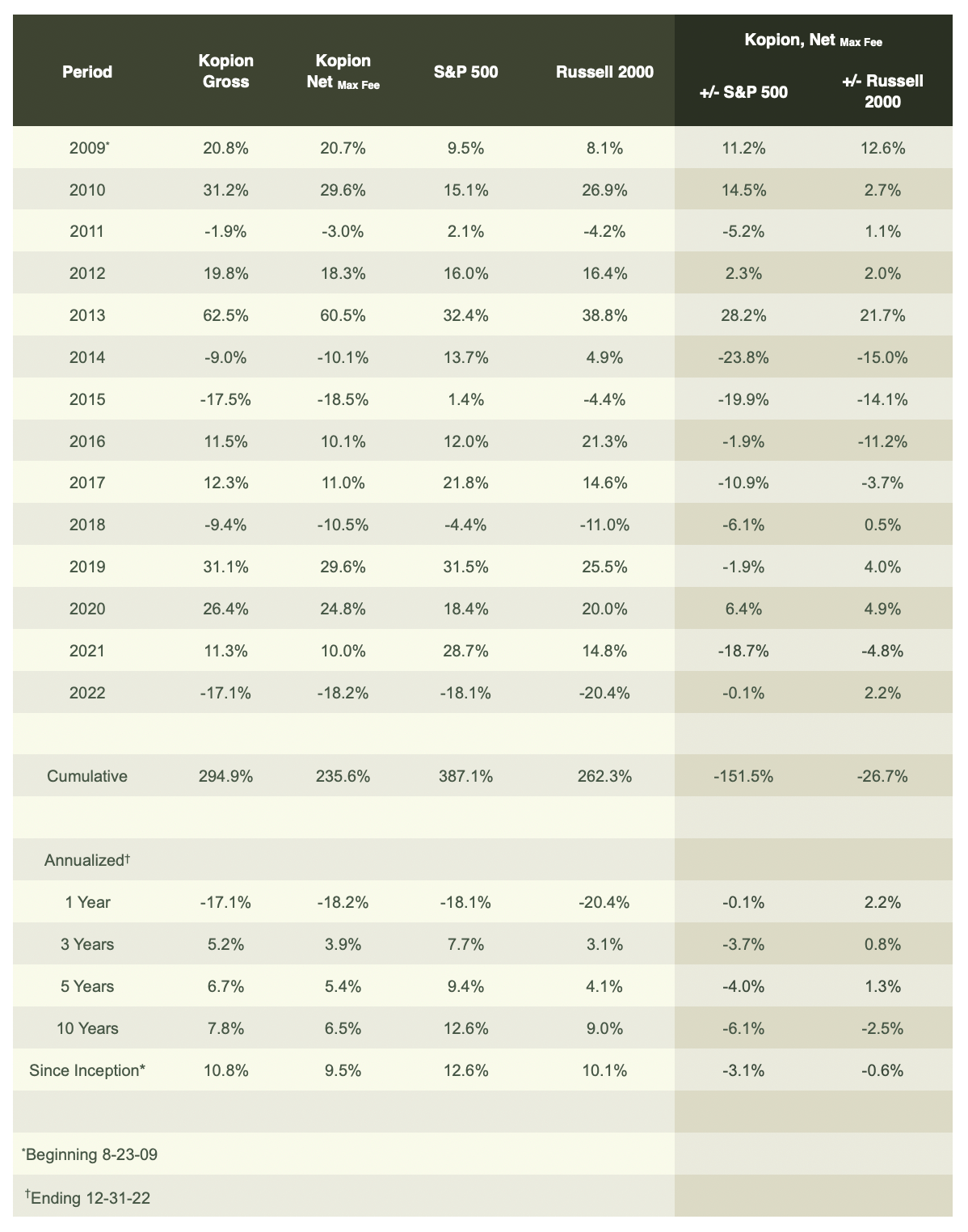 Past performance does not guarantee future results. Investments with Kopion may lose value.

The performance information cited in this presentation has been thoroughly documented, and it has been calculated using normal industry protocols which are described in more detail below. This information has not, however, been audited by an independent third party. Dividend and interest income in these accounts was reinvested. Returns for these accounts have been asset-weighted to calculate historical returns. Said another way, the accounts were aggregated into a single group and then performance was calculated for that single group. This group includes some sub-accounts which were carved out of larger accounts in order to exclude assets such as mutual funds that Mr. Ledbetter did not manage directly.

The performance figures cited in this presentation include both “gross returns” which are returns before Kopion’s management fee and “net returns” which are returns after deducting Kopion’s management fee. Kopion's fee rates are available upon request. Mr. Ledbetter was employed by Friedberg Investment Management (FIM) from 7/1/02 through 7/31/09, and FIM’s management fee rates were different from Kopion’s. In order to provide a better depiction of the impact of Kopion’s fees, this presentation uses Kopion’s maximum fee rate of 1.25% for all periods presented including those during which Mr. Ledbetter was employed by FIM.

Indices’ performance figures have been obtained from sources believed to be reliable.